Why revisiting known problems can be a boring but reliable way to learn, and how to think about that for Hackdays 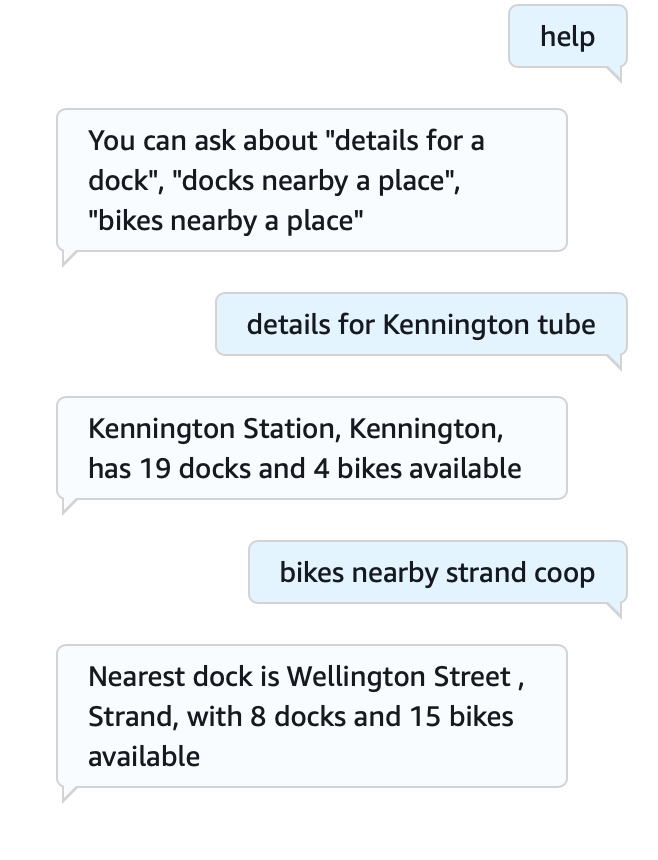 I’ve two problems I keep coming back to and implementing (or attempting to) every now and again.

First is my home-grown voicemail system, not that anyone actually makes standard telephone calls to me anymore, but after a series of “voicemail with dictation” providers left the market, I rolled something together with Twilio and App Engine.

The other is the data feed for the TfL London Bike here scheme. I have failed to buy myself a bike, and still rely on the hire ones, and before app coverage was good, I had a webpage that could show me the docks around where I live.

These have both been revisited over the years, the Voicemail system got moved from being on Google App Engine which returned a complete web page (remember those), to running on AWS as a Single Page App, listening to an MQTT change feed, and connecting to the AWS services to retrieve data for the React App to update on screen.

Meanwhile, although the original Bike webpage went stale and stopped working, last year I started writing an application in SwiftUI that would display the data. Thanks to changes in iOS/Xcode that project can’t even run to get a screenshot anymore…

I’ve long wanted to be able to text something, and to get a reply about the bike docks nearby. Because I’m an iOS user, the Siri intents are very limited, and text message interacting is easier with voice – this would keep my eyes on the road.

So, after an idea just before bed, over the last few days I’ve created a chatbot, and I can ask it questions about the Hire bikes.

But why do I keep revisiting these problems?

TL;DR They’re boring problems that I understand the domain of.

I learn by doing.

My Professional Development Plan would be summarised as Continually Feeling Just A Little Out Of My Depth and managing to keep up.

It’s very much “I learn this stuff because I HAVE to learn it”.

Outside of that directed work frenzy, I have limited windows for learning – periods when I feel interested and able to commit some time to learning. I’ve found that I can generally learn 1 of 2 things:

When I try to do both at once, I quickly get frustrated and quit. I’m not a full time coder, I architect systems and work with teams to coach them into building things, but I’m not best served building things myself, even though I love to work with those who are building.

When I’m working, the need to get things done powers me through any frustration walls (mostly). But when I’m doing stuff for ‘fun’, that doesn’t happen as much, so I try to only do one of the two things.

So, What does BikeBot do and What Did I Learn?

I can ask BikeBot for the details of a specific hire station if I know the name, which is useful if I’m heading to a place I know well, and just want to get details of bikes or docks that are available.

I can also ask bikebot for the dock Nearest to a point of interest, when I don’t know what the station is called.

Bikebot then returns the data from the TfL API, and is accessible over the phone with speech recognition or could be available by SMS if I configure an integration.

So, by revisiting a familiar problem, I got to learn:

I now have a neat demo, which with a little more work provides me something I can use myself.

I also re-learned just how easy managed services can make solving problems, because so much of the hard lifting is done for you. I would never find the time to do fuzzy matching of station name to user input, but if I give Lex that list, it’s done for me. Not perfectly, but orders of magnitude better and faster than I’d ever be able to do it myself.

“erm, cool story bruh, but how does this help me?”

If you’re running hackdays, think about how many ideas that teams have, and if the teams are capable of learning both 1 & 2 at the same time.

Some companies frown on “doing things to do with the day job” on hackdays, really wanting more Blue Sky Out There things, but maybe your team aren’t really up for that. Or if they are, they need a bit more planning, so teams and ideas are kind of sketched out ahead of the hackday, along with any of the pre-requisites to make progress quicker.

Mixing Subscription and Transactional VOD in the same application can give a bit of a confusing user experience.

When Sky launched Sky Store, which lets you rent films, it felt unnecessary alongside their existing subscription services: Sky Go (for Sky TV subscribers) and Now TV (for everyone else). It seemed little more than an attempt to get extra space on Smart TV menus.

Since then though, LOVEFiLM has finally acknowledged its longtime parent Amazon. I churned from LOVEFiLM a while back1, but I’ve a few months left on Amazon Prime. This now gives me access to “Prime Instant Video” via the “Amazon Instant Video” app2.

It’s good because thanks to all the exclusive content deals Amazon made 3, I’m able to catch on the series that weren’t previously available to me.  4.

But, the Amazon Instant Video app mixes stuff that’s ‘free’, with stuff I have to buy or rent.  There are categories designed to help me filter; but if I search for a series directly, I’m back to the jeopardy of “free or not” after seeing a search result.

Netflix doesn’t have that: if I see it, I can play it. The logic of Sky Store becomes clear.

Yes, NowTV has three subscription tiers of Movies, Entertainment and Sport: but those are really clear facets. I know which of those I’ve paid for, so I search for an entertainment show, knowing I can watch it.

Multiple apps may be the online equivalent of grabbing extra shelf-space, but I can see the UX benefit in separating subscription from purchase & rental.

I got a Kindle for Christmas, and months after everyone else got one, I write about what I like and what I don’t.

I got a Kindle for Christmas from my lovely parents.

I’m not going to pretend whose commercial teams are at fault here for these, but they are the main gripes I’ve found so far. Given those are policy, rather than technology, I hope they’ll shake out in time.